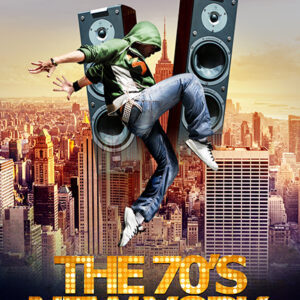 This is the definitive tour of New York City in the 70’s featuring the art of Hambleton, Haring, and Basquiat. Understand how American Punk and Hip Hop music burst onto the New York scene. Be amazed by how fashion icon Tommy Hilfiger endured bankruptcy to establish his fashion empire. The tour concludes at the Stonewall National Monument with a retrospective of the Disco Era and Studio 54.

This experience is a two-hour party on the streets of New York.